One of the hardest times for me in any big life shift... moving, changing jobs, new baby... are the first few weeks & months that float by in a fog of unsettled-ness.  That period of time after the big excitement has worn off, but you have yet to find a new groove.  It's a little bit like landing in a foreign country & having to make a new life... the novelty of travel & finding your destination behind you, it's time to find your bearings & get on with the business of everyday life.

Parenthood opens your heart in a way that words simply can not capture.  There are fleeting moments when you catch a glimpse of something divine, beyond comprehension.  But then reality seeps in and you find yourself lost & unsure of what in the world you have gotten yourself into.  When Quinn was born and we entered the parent-hood for the first time it was as if we woke up in the same place, but with very different eyes.  Our new world had the same shape, same geography and all was just as we had left it, but we changed immeasurably.  Aside from the initial shock of his Down syndrome, our experience was pretty typical of new parents.  But that little extra chromosome did help us see things we never noticed before.  Quinn became our passport to a world we might otherwise have missed.  One where the highs are higher & lows are lower but beauty abounds in hidden places.  Eventually we found our new normal and got on with living. 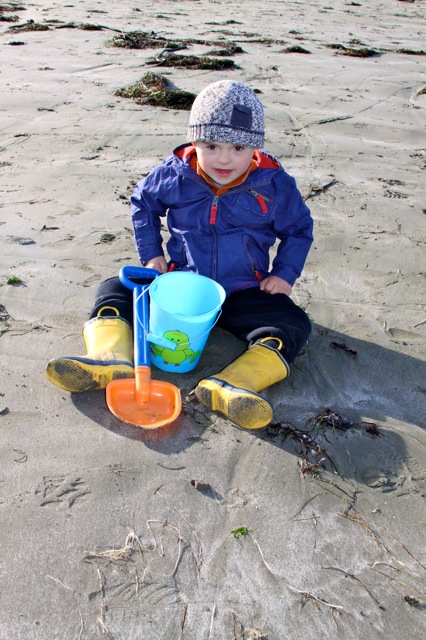 Adding a second child to the mix shook things up again.  During my pregnancy I was afraid I wouldn't know how to love another baby as much as my first.  Turns out the heart is a muscle that stretches way beyond its physical limits.  Remy's arrival & early days were sweet & chaotic.  The transition from one kid to two rocked our world again.  We worried about how to handle two boys, stumbling through days and sleepless nights... and then we fell in love once more and found our new groove. 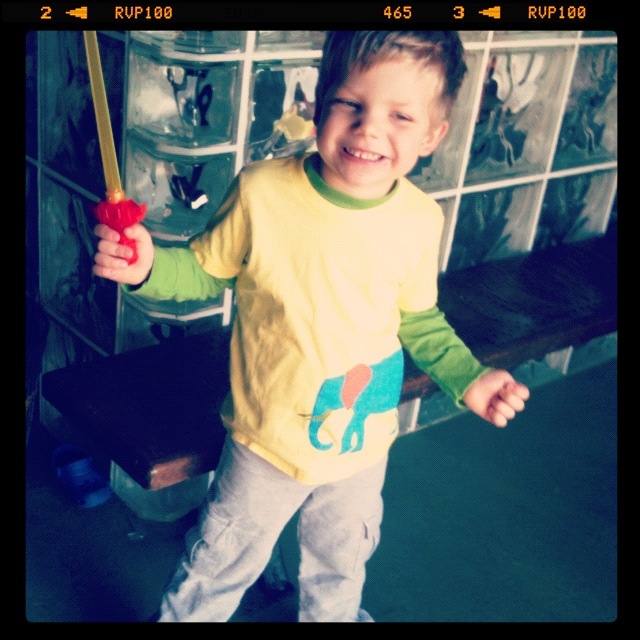 Now on our third (& final!) mission on planet parent we were fairly certain that we had this thing down pat. And it is a million times easier than the first two... but it is still a big change to make a whole new person & add them to the already jumbled mix of boys. This time around at least we knew the language and that none of this is permanent... not the bitter nor the sweet. 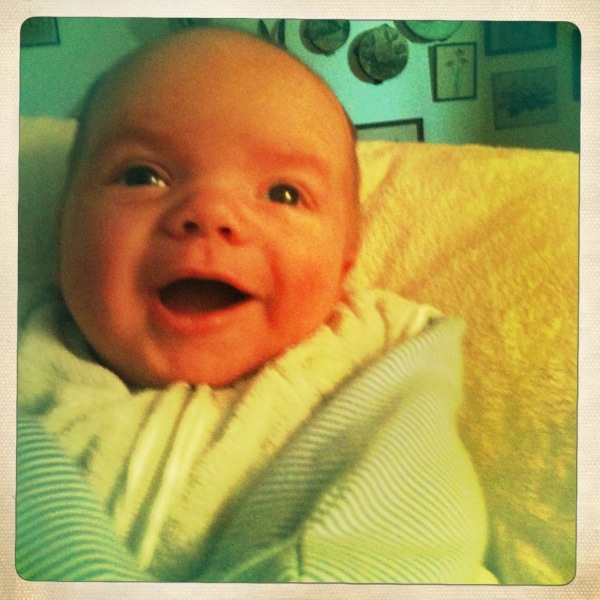 This past weekend, in spite of the date on the calendar, I feel like spring has arrived.  The first stirrings of new buds take the form of my returning need to photograph, to write, to create.  So strong was my need to capture a bit of beauty in my camera, I actually stopped mid-recipe to shoot a picture of glistening green leaves while making kale chips (sounds gross, tastes great.)  And here I am at 4am... after waking for a feeding the words kept swirling in my head, demanding I stay up to write them down.

Catching glimpses of our newest normal... I know it will be here soon enough.  In the meantime it's a bit of random foggy thoughts & swirls and middle of the night messages in a bottle. 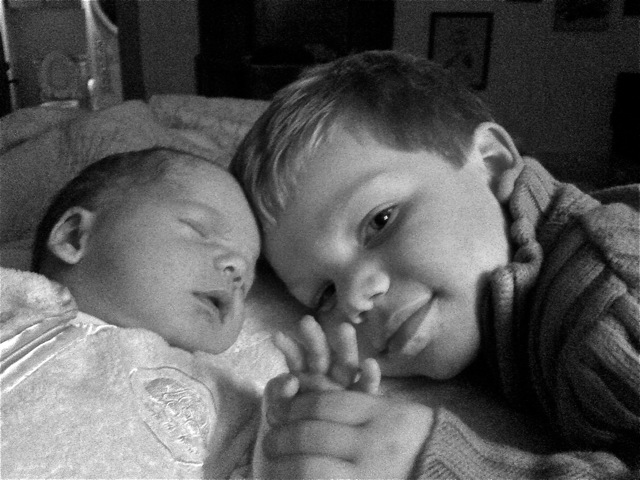 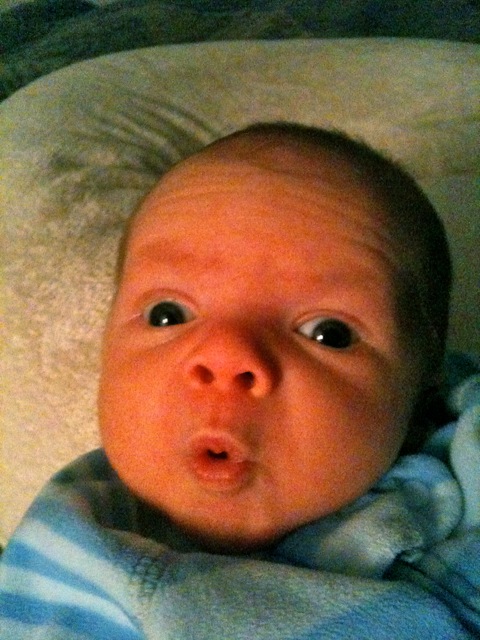 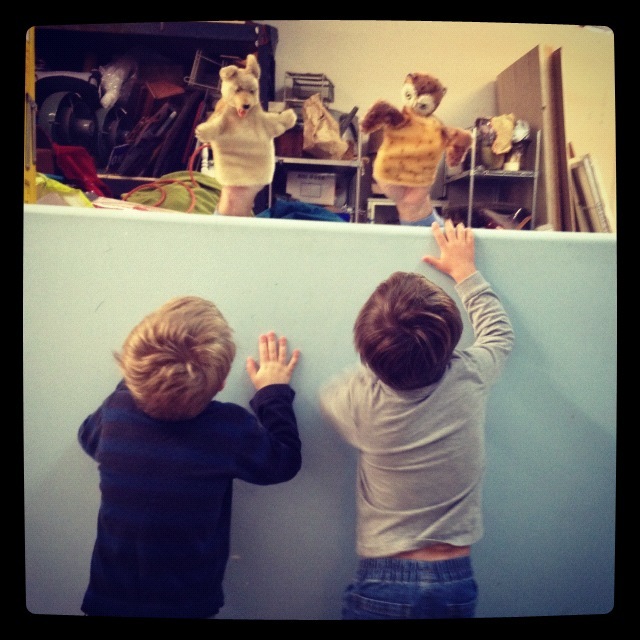 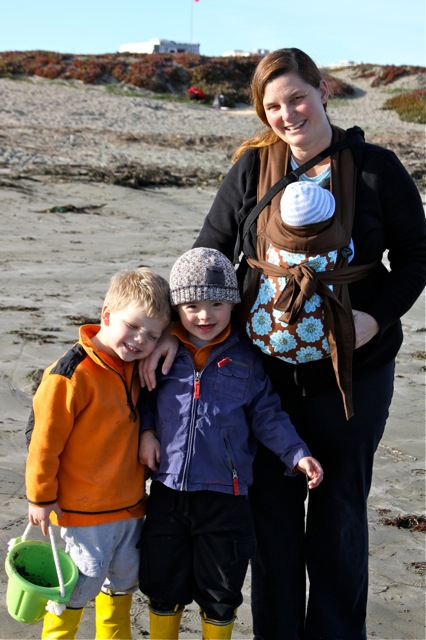 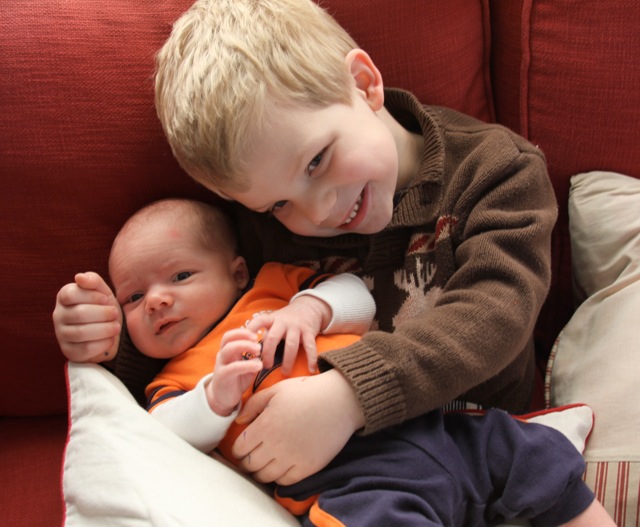 It was a treat to find a new post from you! Looks like you have another happy boy. Take care of yourself and we will see you before we know it!
Love, Barb

Oh my goodness. Your boys are SO cute. What perfection. I love what you wrote about your heart growing and expanding in ways you never imagined. Isn't it the best? : )

Lovely! Sending you and all those boys some love! XOXOXO

Love this: "Quinn became our passport to a world we might otherwise have missed."- The wisdom in that perspective pushed those tears right out of their ducts. :)
My boys and I just moved to a new country for five months and it IS how you've described. We are now beginning week 4 and just starting to get our groove back. (carolinelonski.blogspot.com, if you're interested.)
It's a beautiful world and you portray it as such; Thank you!