When we first decided to become parents I had a whole list of things in my mind that I worried about.  Things I needed to learn, or buy, or figure out what I believed so I could teach another human. The act of "play", or learning how to play, was never on that list. Since I had once been a kid I assumed it would just come naturally.  But here we are 4-1/2 years into this adventure and the concept of playtime is very much at the top of that list. Whether it is teaching how to play with other kids, at the park or at school, or refereeing play between the two boys, or just figuring out how to balance all that needs to get done each day with making sure my two monkeys get enough playtime.... play is a big deal around here.

I will never forget our first meeting with Quinn's Early Interventionist.  We had done our paperwork, met with the supervisor, and were so anxious to get to the "work" of helping Quinn be the best Quinn he could be.  It had taken what felt like a very long time before we were assigned our person & even longer before schedules could be sorted out to make that meeting happen.  We were so eager to be able to do something for Quinn, not realizing that the helplessness we felt had less to do with his Down Syndrome and more to do with the overwhelming responsibility of being new parents.

So on our first meeting, armed with our lists of questions & filled with expectations, we learned that our EI was there to teach us how to play with our son.  Just play.  And enjoy.  And get to know him.  In hindsight, with a few more notches on my parental belt, it all makes perfect sense.  But at the time, we kept thinking we should be doing more... even though our little guy was only a few weeks(!) old.  Looking back now I can see how those early days helped to lay out our foundation of balancing our own expectations and hopes with what is best for our son.  Yep, really not all that different than parenting any kid.

One of the things I am really enjoying with Remy right now is watching his huge imagination blossom.  Whether it is the wild animals in the living room, eating his morning toast into the shape of a monster, or his creative answers when asked, "what did you do today?"... the kid has mad skills in this department.  I can already see how this is helping bring Quinn along as well.  A couple months ago when I was taking Quinn to school he started walking with a big stomp stomp stomp to his step.  I asked him what he was doing & he roared at me.  Ah, I thought, he is being a dinosaur!  We had been reading How Dinosaurs Go to School with the boys & he, obviously, had taken it to heart!  Had to wipe away some happy tears as I deposited him with the teachers that day.

This was the first year that both boys were excited about Halloween.  Remy couldn't decide between being a cowboy, a monkey or a pirate... I had visions of having to graft all three into some kind of pirate-monkey-rodeo rider hybrid... but in the end he was a cowboy for his school parade & a monkey the next day for trick or treating.  Quinn chose his fire-fighter outfit & I think his favorite part of the whole deal was getting to wear his rain boots inside. 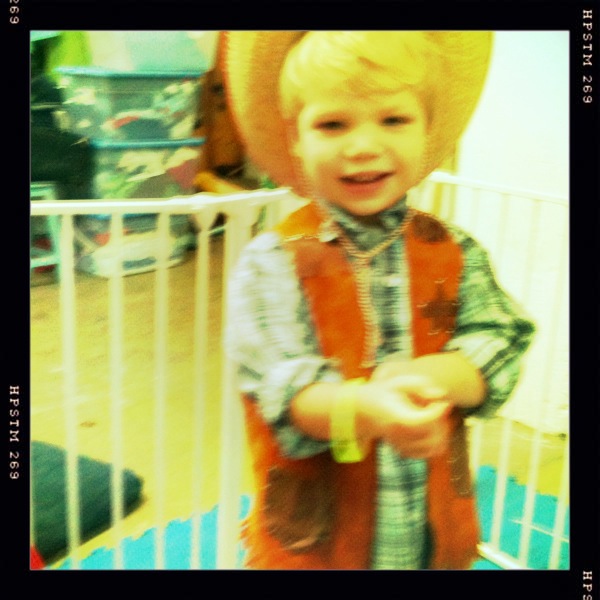 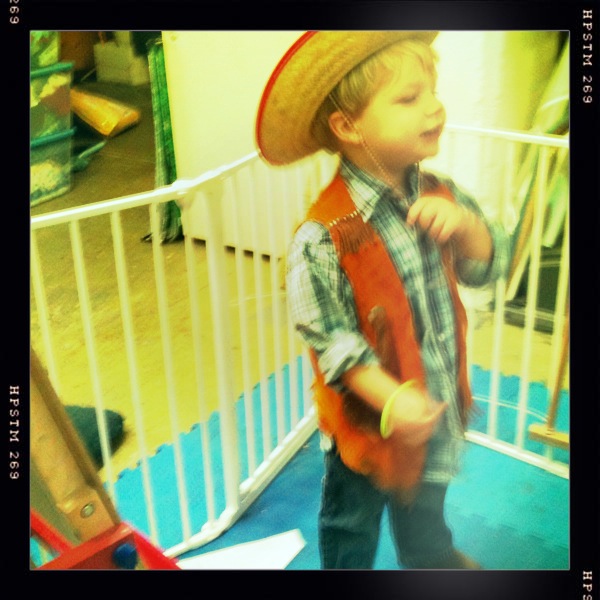 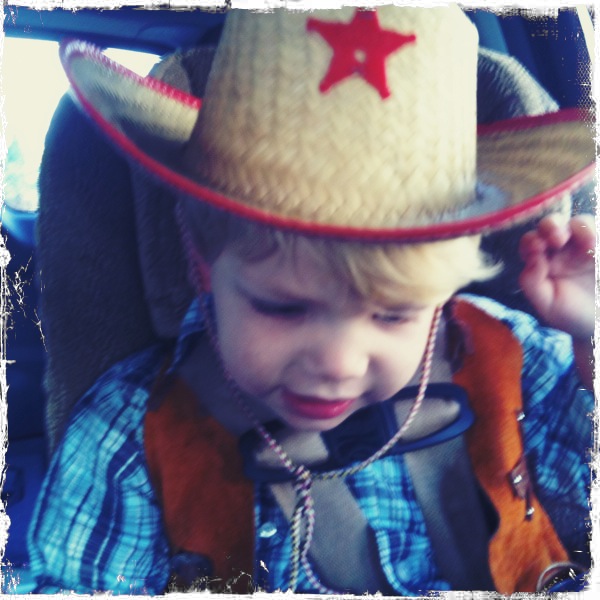 Quinn & I waited outside school for Remy's class parade... 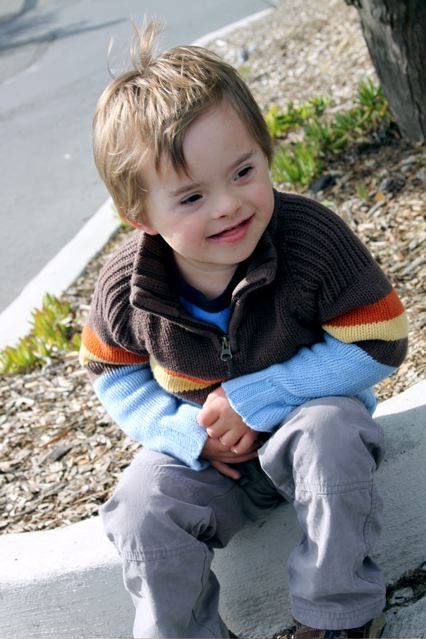 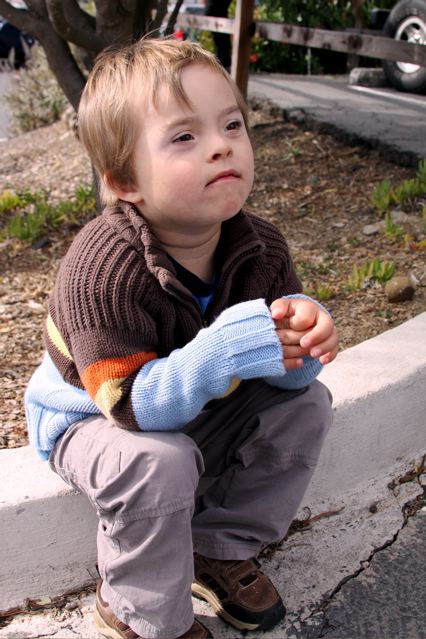 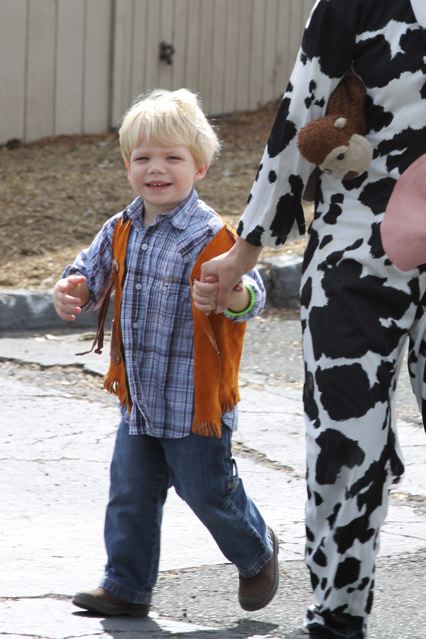 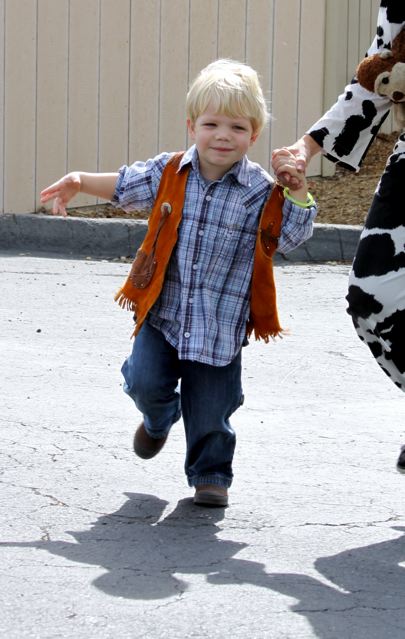 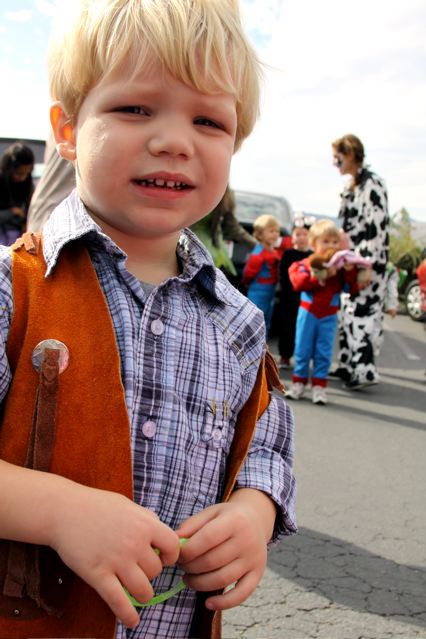 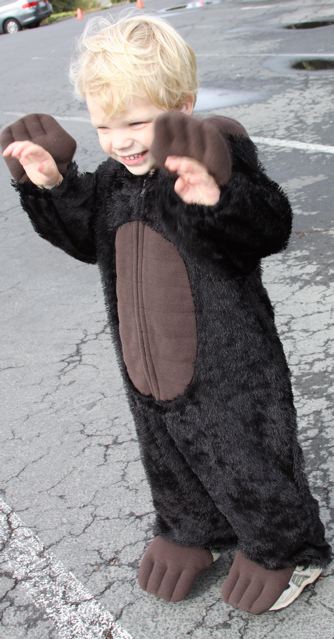 And gets very excited to see him! 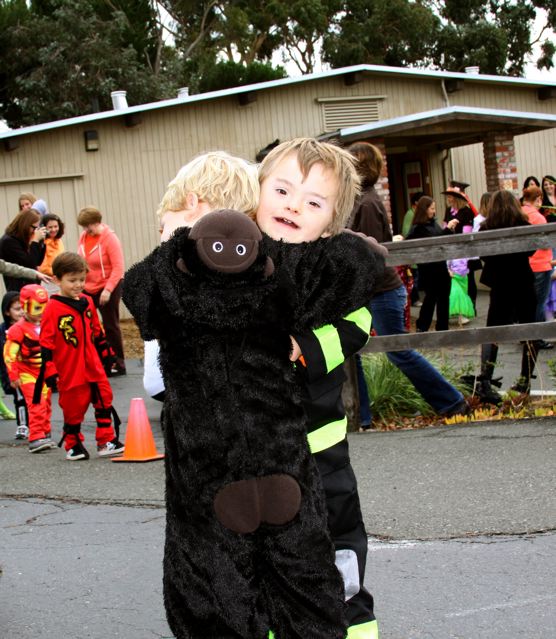 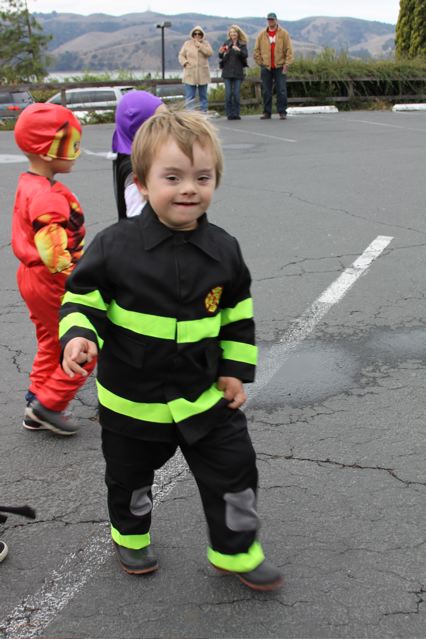 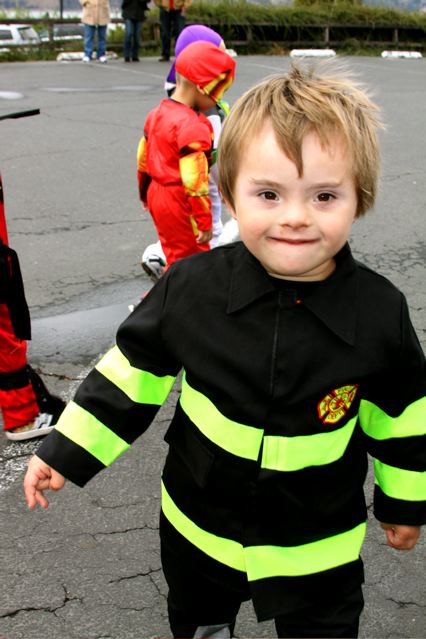 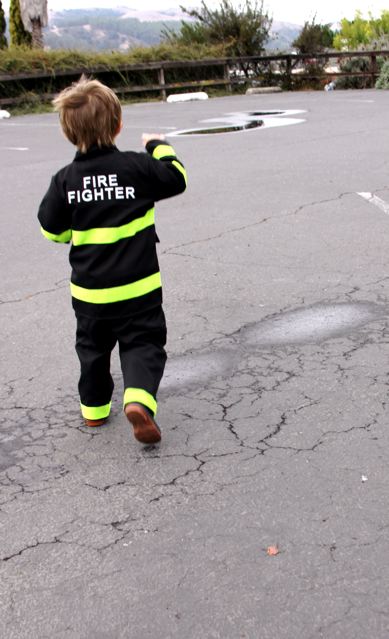 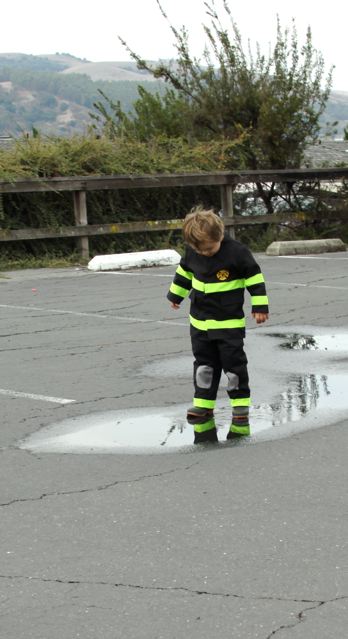 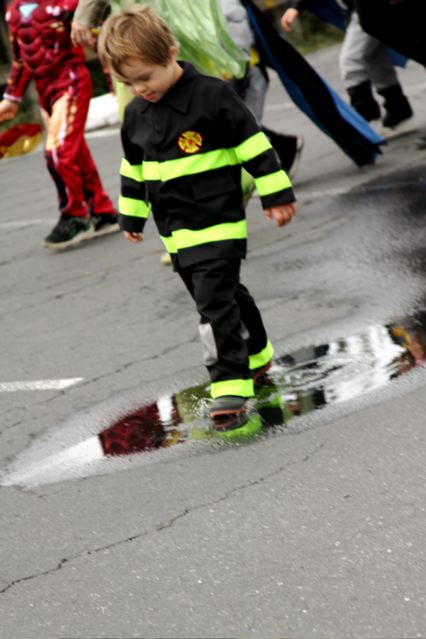 Halloween night was a balmy, starry, gorgeous evening... we decided spur-of-the-moment to go up the street to trick-or-treat. 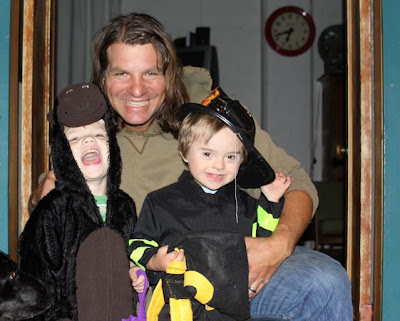 I think this was Remy's favorite part... the kid loves him some candy.  Quinn's favorite part was when the people answered the door, he went inside.  Couldn't quite figure out why we didn't go in as well... since we rang the bell, they answered & going inside was what usually came next.
Silly kid.
But we did get to see inside some beautiful houses.
Keepin' it play-full...